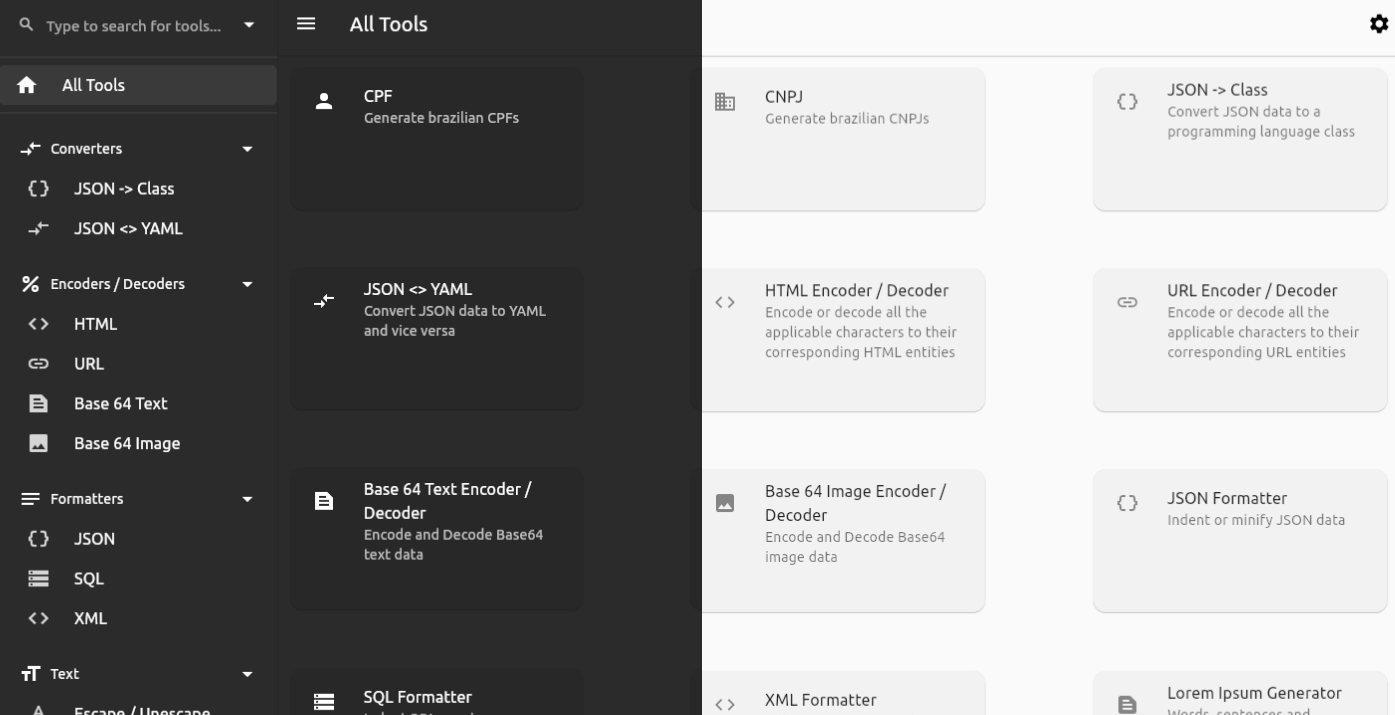 DevWidgets is a W.I.P Flutter application with several tools such as generators, formatters and converters for developers.

Clicking here you can try it directly from your browser !

You can download a nightly build for Linux from the latest commit from here.

I really loved the idea of DevToys, but I was upset that it only runs on Windows. I created this project with the aim of just being a port for Linux, but since it was written in Flutter, I think it's strange to keep it only for that platform.

Why this is not DevToysLinux/Flutter anymore?

First of all, I want to stay away from any copyright issues from the original creators of DevToys as I never had any communication with them.

Second, I believe that the motivations of this project are increasingly different from the original DevToys, mainly because this application is not native exclusively to a platform.

I want along with any community member who wants to contribute, to have total creative control of the project without being limited by the original DevToys. I no longer want this to be a perfect copy of it but a completely different application.

DEVS: Developer Board and Jobs Listing | For Developers, By Developers

A package containing different kinds of services and utilities.

TODO: Put a short description of the package here that helps potential users know whether this package might be useful for them. Features TODO: List w

Dart and Flutter sealed class generator and annotations, with match methods and other utilities. There is also super_enum compatible API.

A set of utilities, themes and components for RTU MIREA applications by Mirea Ninja.

Flutter Multi-platform allows developers to unleash their app to run on the wide variety of different platforms with little or no change.

A comprehensive guide on learning how to code cross platform mobile applications with the Flutter framework, from the ground up.

✳️ The Ultimate Guide to App Development with Flutter ✳️ A complete and comprehensive guide to learning Flutter with explanations, screenshots, tips,

splitz A new Flutter project. Getting Started This project is a starting point for a Flutter application. A few resources to get you started if this i

A cross-platform flutter package to convert your links into rich beautiful previews.

Link Preview Generator A cross-platform flutter package to convert your links into rich beautiful previews. This package is inspired from Any Link Pre

Odin ⚡ Open source easy file sharing for everyone. ⚡ Cross-platform hassle-free file sharing with AES-256 encryption made with Flutter & Dart. Getting

A cross-platform Flutter home workout app that respects your privacy. THIS IS A GITLAB MIRROR, file issues and contribute there.

Feeel Feeel is an open-source workout app for doing simple at-home exercises. This is a rewrite of the original app in Flutter, to make development ea 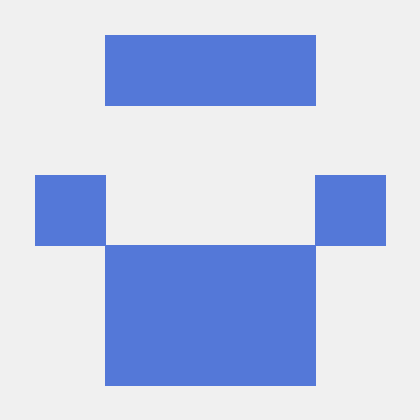 A cross platform mobile application ?? developed in flutter to keep track of dai

Overview Gives you a cross-platform Flutter widget for displaying websites and other web content. Licensed under the Apache License 2.0. Links Github

This repo contains a collection of permission related Flutter plugins which can be used to request permissions to access device resources in a cross-platform way.

Cross-platform flutter plugin for reading and writing NFC tags. Not maintained anymore - not looking for new maintainer, fork instead.

nfc_in_flutter NFC in Flutter is a plugin for reading and writing NFC tags in Flutter. It works on both Android and iOS with a simple stream interface 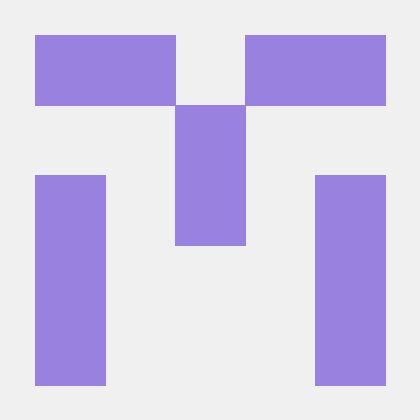