The Klutter Framework makes it possible to write a Flutter plugin for both Android and iOS using Kotlin Multiplatform. Instead of writing platform specific code twice in 2 languages (Swift + Kotlin), it can be written once in Kotlin and used as a Flutter plugin.

Important: Klutter is in alpha and not yet published to PUB.

This task will do 3 things for your Flutter project:

The .klutter-plugins file will register all Klutter made plugins used in your project. The created Gradle file in the flutter_tools manages the plugins and enables them to be found by the Flutter project.

That's it! Now you can use plugins made with Klutter in your Flutter application by adding them to the dependencies in the pubspec.yaml. Register it in your project by running klutter:add. For example to add the library 'awesome_plugin' to your project run:

Start by creating a new Flutter plugin project. You can do this using the wizard in Android Studio or by running the following command, substituting 'org.example' with your organisation name and 'plugin_name' with your plugin name.

A Flutter Accident reporting App working in both iOS and Android

💳 A Flutter package for making payments via credo central. Provides support for both Android and iOS

💳 Credo Package for Flutter TODO: Put a short description of the package here that helps potential users know whether this package might be useful fo

A horoscope forecasting application for both Android and iOS This project was writed with pure dart code，which means it's support both iOS and Android.

This project was writed with pure dart code，which means it's support both iOS and Android. Screenshot Todo show/hide animation Usage You can find the

Notefy - Task Saving App for both Android and iOS

Assignment for Flutter Developers Goal of the assignment is to: - Show the capa

Movie Catalog App 🎬 Browse through movies from the YIFY api Getting Started For help getting started with Flutter, view our online documentation. Tod

Schedule & run Dart code in the background on both Android & iOS

flt_worker The flt_worker plugin allows you to schedule and execute Dart-written background tasks in a dedicated isolate, by utilizing the WorkManager

kt.dart This project is a port of Kotlin's Kotlin Standard library for Dart/Flutter projects. It's a useful addition to dart:core and includes collect

Safe is an open source mobile platorm to discretely capture incidents with ease, powered by an SMCE written in native Swift and Kotlin.

Safe A powerful tool for personal and community safety. joinsafe.me » Available for iOS & Android ~ Links will be added once a release is available. ~

The classic to-do application where a user can write down all the things he wants to accomplish. Android only.

todo-app The classic to-do application where a user can write down all the things he wants to accomplish. Android only. Table of Contents todo-app Tab

Dart_Native Dart_Native operates as both a code generator tool and a bridge to communicate between Dart and native APIs. Replaces the low-performing F 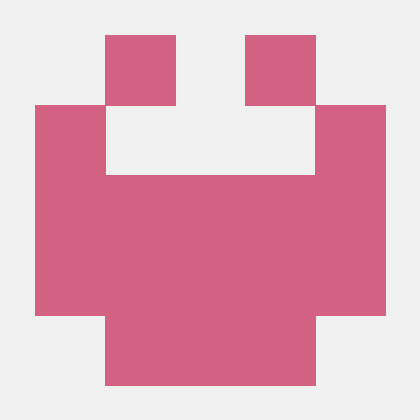 In this app, it's possible to find some different kind of flutter animations

flutter_animations Apprendre à utiliser les animations avec Flutter Getting Started This project is a starting point for a Flutter application. A few

Flutter-journey - A package helps you run one-time migrations in your app incrementally, while trying to reduce impact on app start-up time as much as possible

Background Location A Flutter plugin to get location updates in the background for both Android and iOS (Requires iOS 10.0+). Uses CoreLocation for iO

A Basic Currency Converter made for both iOS and Android using the flutter.io platform

FlutterCurrencyConverter A Basic Currency Converter made for both iOS and Android using the flutter.io platform This app uses the ExchangeRate-API for

It's a mobile application for both android and ios made for work out and fitness purpose with many features you can read about here, but it can be used under all subject you want, well architected code and organized !