Flutter application that communicates with ESP32 devices through toit.io.

A project showcasing how a Flutter app can talk to an embedded device using Toit.

This project is intended to be used as starting point for Flutter applications that want to communicate with embedded devices or the Toit server. Just pick the functionality that is most similar to what you need, and remove the remaining pages.

The Flutter app needs access to the Internet. The android/app/src/main/AndroidManifest.xml thus must include:

We have used Riverpod as state-management framework. It would be straight-forward to switch to a different framework, like Bloc.

For running the tests:

The "List Devices" page demonstrates how the Flutter app can connect to the Toit server to query all available devices.

It serves as a starting point for applications that want to manage the Toit fleet, or simply want to show the status of existing devices.

The "Log" example connects to the Toit server to receive the logs of a selected device. It is one of the simplest API calls and serves as a good starting example.

However, the logs often contain valuable information, so this example is frequently useful in real apps.

This page shows how to run code on the device. This functionality is used in multiple demos, which is why a separate run-widget has been created.

The used 'run' command has many limitations. It doesn't support multiple files, and the program can only run for a limited time. Different API endpoints are responsible for managing the installed applications.

A simple pubsub example that sends a notification to the device.

This functionality can be used to send commands to devices. The Toit server will make sure that all notifications are eventually sent to the corresponding device (only giving up after 7 days).

This page demonstrates how a Flutter application can listen to events that are sent to a specific topic.

This demo is primarily useful for devices that regularly send sensor data (like temperature, or distance) to the Toit servers, but where the Flutter application doesn't need stale data.

This example illustrates how a Flutter app can request a device to start producing data, so it can listen to it.

If producing data is expensive (in terms of power, bandwidth, ...), then devices should only generate data if there is a listener for it. The listeners thus initiate the generation of data by sending a request. The listeners are furthermore supposed to send a 'stop' signal, when they don't need data anymore. However, listeners may misbehave (for example by losing power). To protect against missing 'stop' events, the device requires listeners to send heartbeat notifications at fixed intervals to ensure that they are still alive and are still interested in the data.

Note: in this example, the request to receive data, and the heartbeat notification have been merged.

In this demo, the pubsub API is used to establish an RPC (remote procedure call) channel, so that the Flutter app can invoke methods on the device.

It uses the 'publish' functionality to send requests to the device, and receives the response in a stream.

The demo only supports methods that are initiated by the Flutter app, but it would be trivial to extend it so that the device can invoke end-points on the Flutter side as well.

A simple chat application in flutter made with stream. chat_app A new Flutter project. Getting Started This project is a starting point for a Flutter application. A few resources to get you started if this

🚀 This is mobile application using Flutter for develop a pizza store

🚀 This is mobile application using Flutter for develop Tiktok

Flutter Tiktok Clone Description: 🚀 This is mobile application using Flutter for develop Tiktok How I can run it? 🚀 Clone this repo 🚀 Run below cod

This is mobile application fortune telling using Flutter for development.

Flutter Tarot Card Description: This is mobile application fortune telling using Flutter for development. How I can run it? 🚀 Clone this repository ?

It is the Tangram application that I created using flutter. Tangram App What is a TANGRAM? Tangram is a creative intelligence game on the basis of creating various forms by combining seven geometrically shaped

An application built using Flutter that is to conduct a quiz and provide the user with the result of the quiz.

Quizzler Challenge Solution This is a companion project to The App Brewery's Complete Flutter Development Bootcamp, check out the full course at www.a 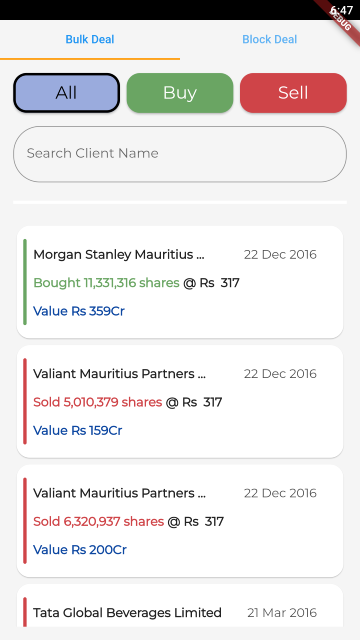 A mobile travel app is a software application that has been developed specifically for use on smaller devices, such as smartphones and tablets, and can be used by business travellers to book and manage their travel whilst on the move 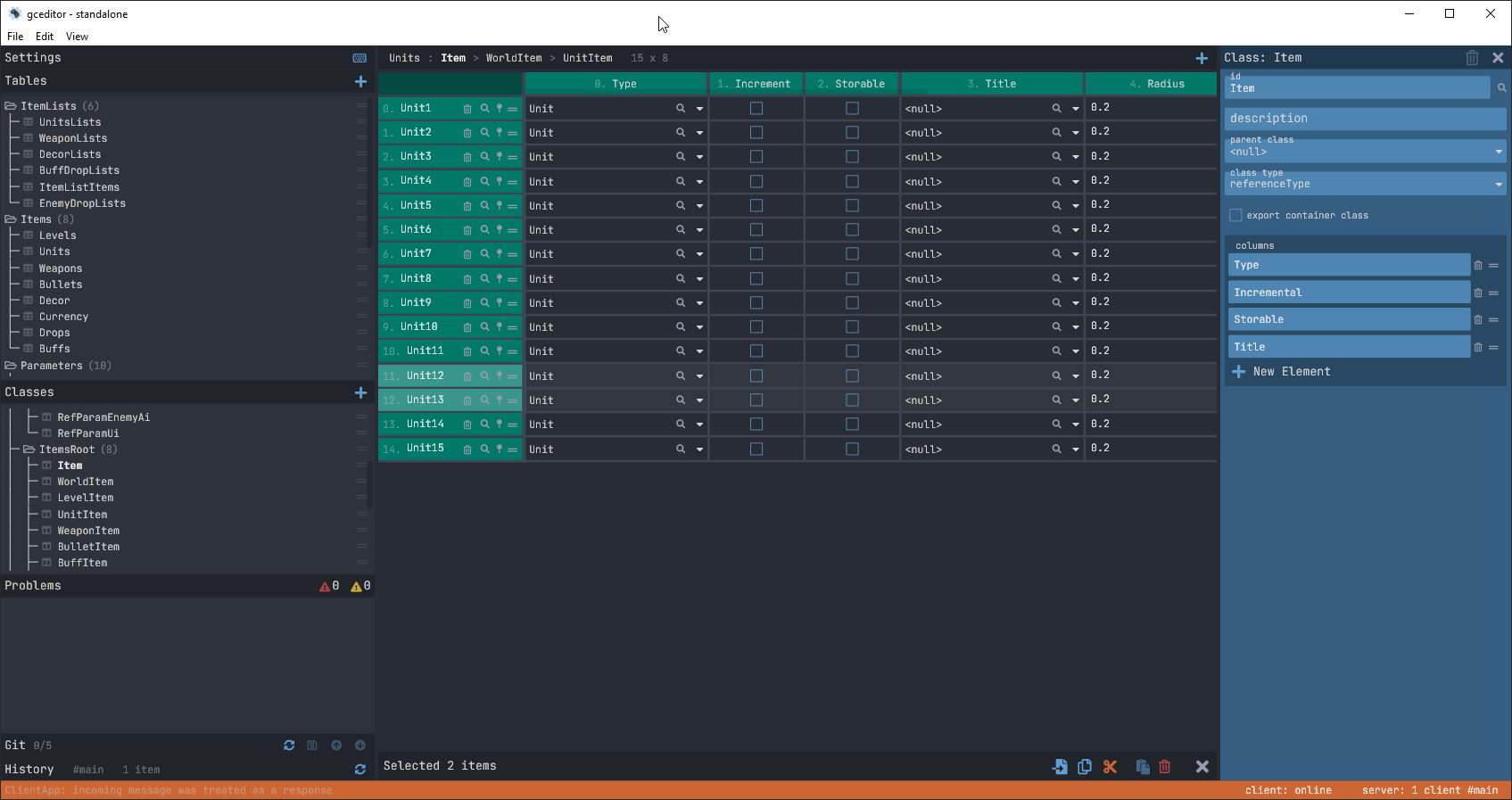 A Flutter application to demonstrate how to implement Google maps and its advanced options in a flutter app. 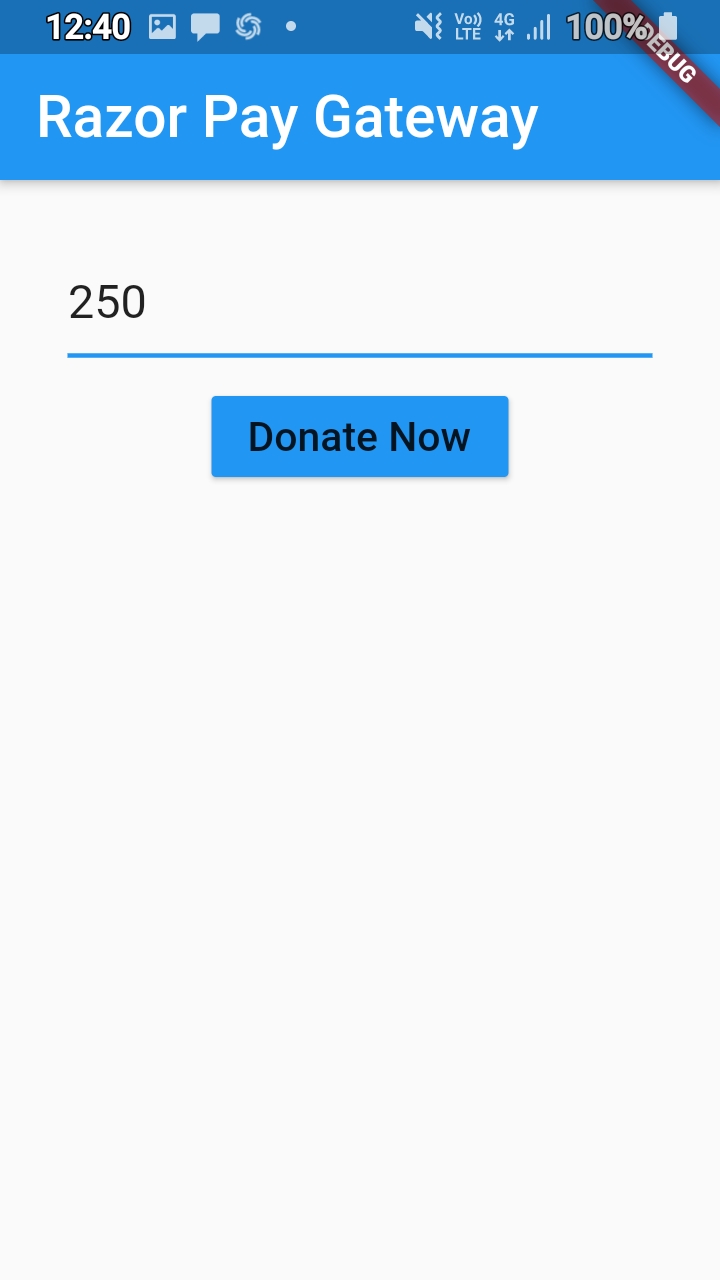 A new Flutter application. Frontend Side of project Rent a Car on Flutter

Rent a Car With Flutter A new Flutter application. Frontend Side of project Rent a Car on Flutter Upgraded to Flutter 2 and enabled Null Safety. Getti

result A new Flutter project. Getting Started This project is a starting point for a Flutter application. A few resources to get you started if this i