Mobile, desktop and website Apps with the same code

Mobile, desktop and website Apps with the same code

This project shows how the source code can be architectured to run on multiple devices. As of now, it is able to run as:

A demo for the Website App is available here. All the code is contained in the src directory, especially the 3 main entry files that are used for the builds:

All the flux architecture is share to 100% to all the different builds. This means that all the logic and data management code is done only once and reuse everywhere. This allows us to have an easy tests suite as well and to ensure that our code is working properly on all the devices.

The real interest of the project is in how the components have been structured to shared most of their logic and only redefined what is specific to every device.

Basically, every component has a main Class which inherits a base Class containing all the logic. Then, the main component import a different Render function which has been selected during the build. The file extension .ios.js, .android.js or .js is used by the build tool to import only the right file.

At the end, every component is defined by 6 files. If we look at the screen component, here is its structure.

And here is the main Class file which composes the files.

Here are some thoughts about what can come next:

Thank you Robert for your awesome design

I want to thank Robert O'Dowd who kindly authorized me the reuse his very beautiful design. The original design made by Robert was part of his project called "Simplifycation" visible here.

How to build/run the projects

Some builds from npm included bugs while npm install. So if you are using a npm version within the range form 3.3.10 to 3.6.0 included, you must run npm install twice. Those versions including npm v3.3.12 are the ones bundled by default with node from version v5.1.0 to v5.5.0.

Congratulations! You've just successfully run the project as an iOS or Android App.

There isn't any additional requirements since you already installed the deps with npm install.

You can either run the project with NW or electron.

To run the project, you are supposed to run something like:

On OSX, the executable binary is in a hidden directory within the .app file. The easier solution to install it is to download the app on http://nwjs.io/ then copying it to your application folder. You will now be able to run:

You can also setup an alias to call the binary.

To run the tests, simply run: 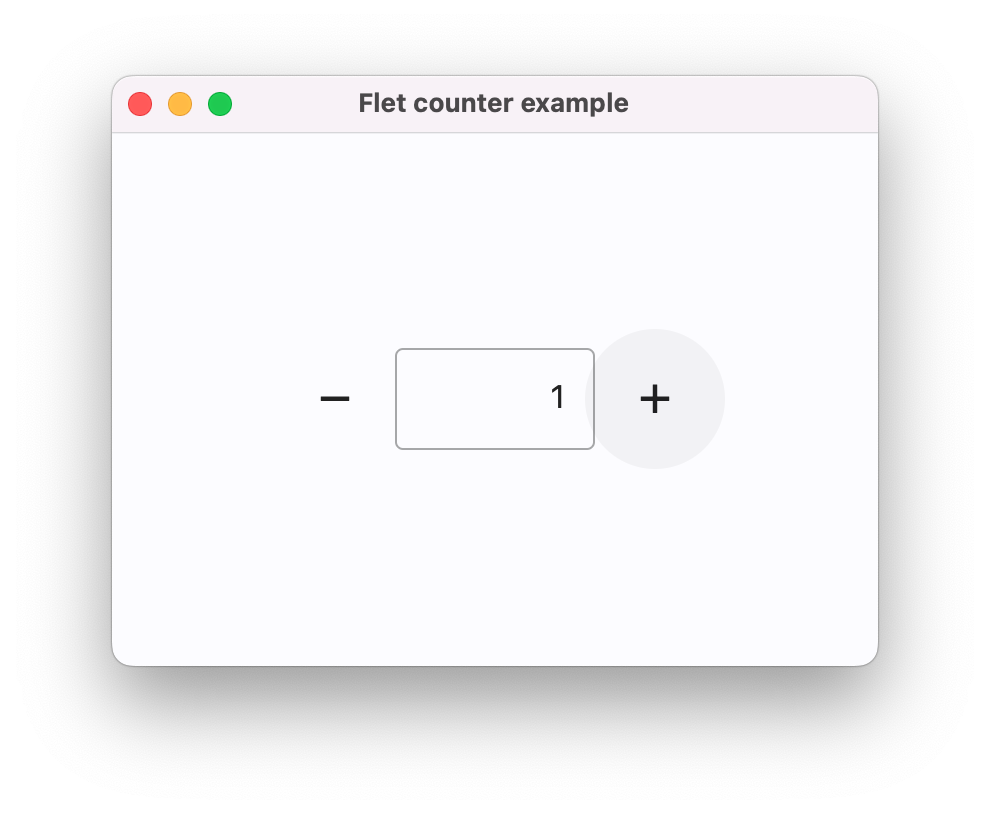 Flet Flet is a framework that enables you to easily build realtime web, mobile and desktop apps in your favorite language and securely share them with 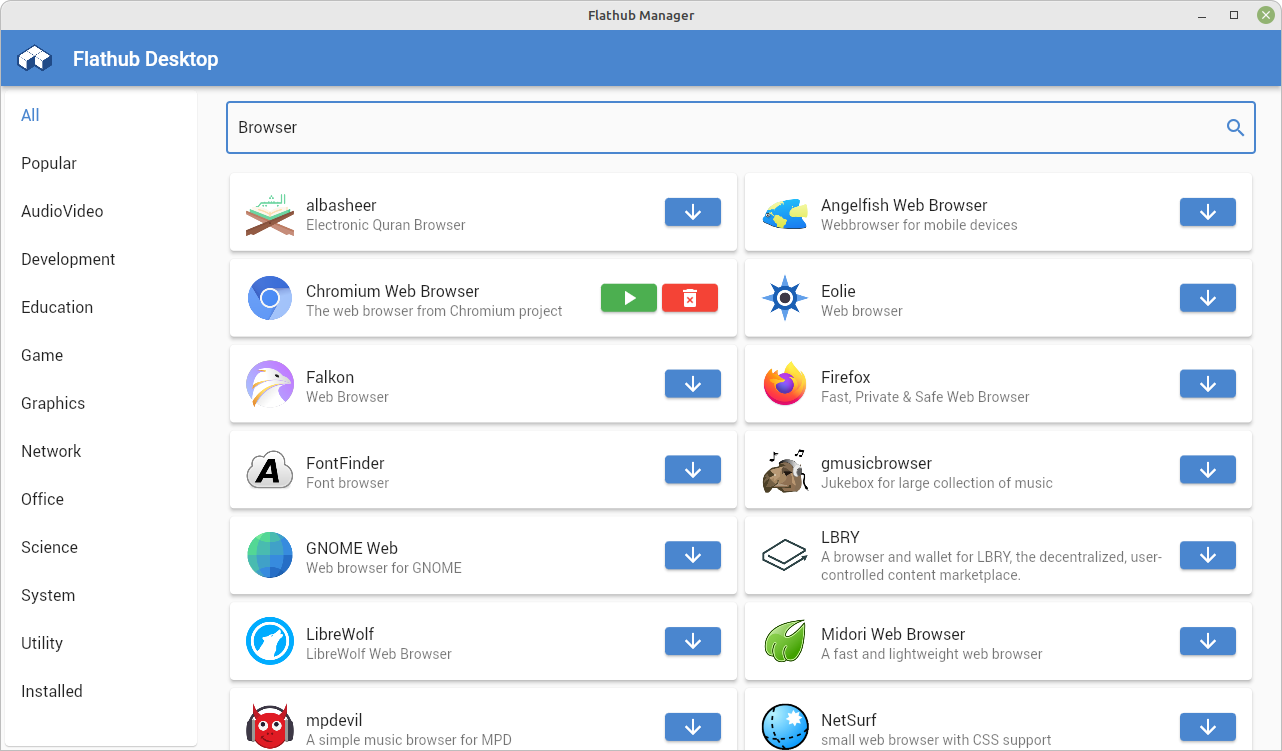 Flathub Desktop Unofficial Desktop Client for Flathub How to build and run: You

An isolated worker for Flutter (Isolate) and Web (Web Worker). Behaves almost the same as the compute function, except it is not a one-off worker.

A singleton isolated worker for all platforms. On most platforms, it uses Flutter's Isolate, except on the web, since Isolate is not available, it use 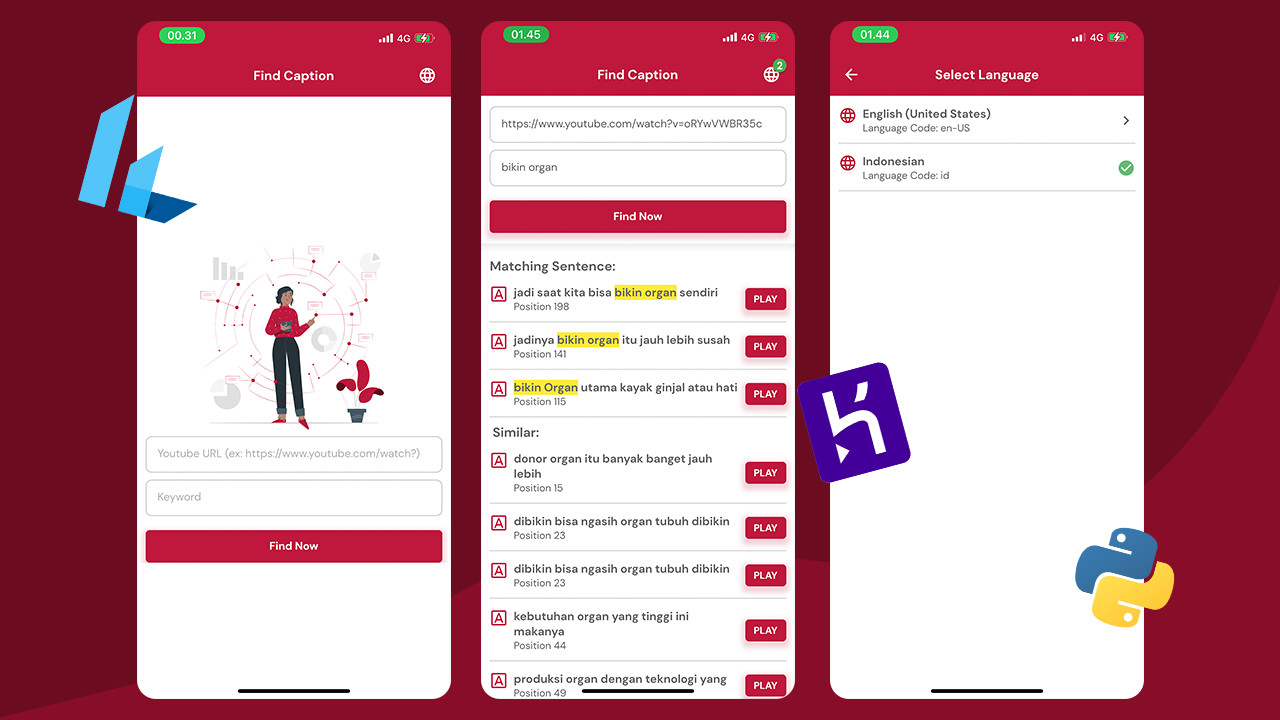 Taking many pictures and photos list in the same page 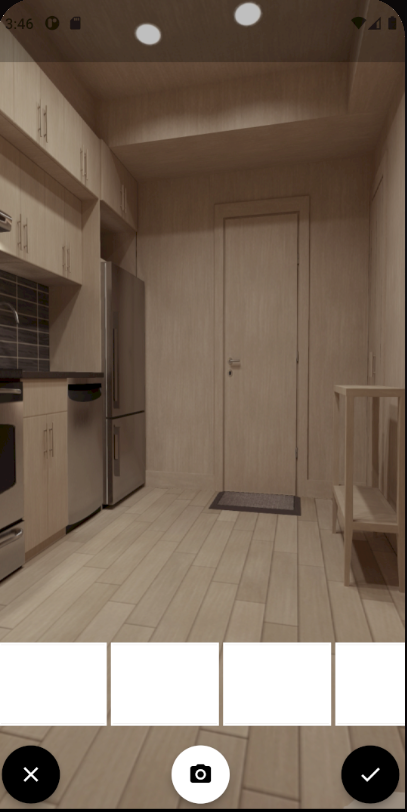 This repo contains same UI and different state management techniques (without using StatefulWidget) to compare and prefer based on your coding style.

A simple detailed flutter widget that looks almost the same as the real instagram mention widget.

RelativeScale is a simple custom sizing system for flutter widgets to achieve the same physical sizes across different devices.

RelativeScale is a simple custom sizing system for flutter widgets to achieve the same physical sizes across different devices. Usage It is VERY easy

Peek & Pop implementation for Flutter based on the iOS functionality of the same name.

peek_and_pop Peek & Pop implementation for Flutter based on the iOS functionality of the same name. Finally, the v1.0.0 release! More fluent, more opt

The same old Weather App, But 'In Flutter , By Me' Today we will show you how you can create your developer portfolio website and app using flutter.

I present to you the version 2 of my portfolio website https://davidcobbina.com . The design is elegant, simple minimal and beautiful. It was crafted with love using flutter. Find the first version of my portfolio here - (https://github.com/david-legend/aerium) davidcobbina.com This is the second Iteration of my portfolio website (https://github.com/david-legend/aerium). It is inspired by Julius Guevarra's De

Jisho - A multiplatform Application for jisho.org website for those who does not want to bother with the browser and distractions

Jisho.org Jisho.org Application Getting Started I am frustrated to go back and f 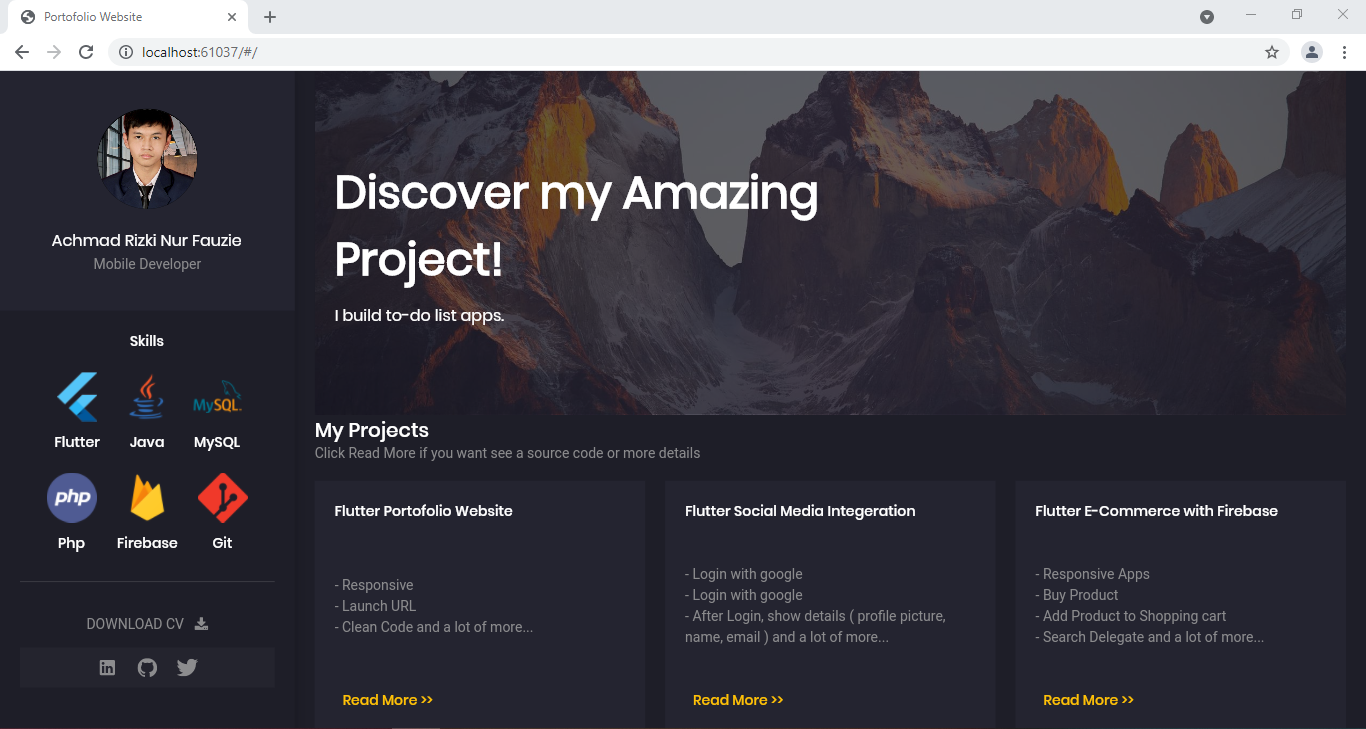