Although this parser strives to parse the language according to the language specification, no guarantees can be made that it is perfect. Filing an issue, sending us valid code that should parse (but doesn't), and opening pull requests is all greatly appreciated — if you're into this sort of thing.

Note: Implementing a parser for the Dart programming language is a large undertaking. As such, this project is still under development. Many of the basic tokens in the lexer have already been implemented, and the basic skeleton for parsing expressions with respect for operator precedence has also been constructed. For a full list of everything that has been accomplished, see below.

If you want development to finish faster, please help!

A checklist of the implemented features is provided below.

Dart's analyzer API's are tied to certain platforms and not technically intended for public use (although that never stopped anyone).

The APIs in this package were originally machine generated by a translator and were based on an earlier Java implementation. Several of the API's still look like their Java predecessors rather than clean Dart APIs.

In addition, there is currently no clean distinction between public and internal APIs. We plan to address this issue but doing so will, unfortunately, require a large number of breaking changes. We will try to minimize the pain this causes for our clients, but some pain is inevitable.

No one wants to use a dependency that promises "pain is inevitable." If we liked pain, we'd write our own parsers. Er, okay — but that's not the point. Either way, it'd be nice if there was a lightweight alternative to the analyzer for situations where the analyzer is too cumbersome (or overkill).

Currently, if you need to programmatically analyze Dart source code (with or without fully resolved types), you have no choice but to use the analyzer packages. In my experience, the analyzer is most often encountered when creating source generators for build_runner (which is notoriously slow and heavy) or creating custom lint rules by working with the analyzer plugin system directly (via unofficial practices). To make matters worse, the analyzer system completely obliterates the computer's memory usage when loading custom plugins, which makes using custom lint rules nearly impossible in any substantial project.

If the analyzer is improved substantially within our lifetime, this project probably won't be needed.

Wondering what could be done with this once it's finished? Allow me to offer a few ideas, roughly ranked from "barely reasonable" to "rather implausible":

We would love your help! If you love making programming languages, you might just enjoy converting the Dart language specification into code. Please strive for readability over conciseness, and don't forget the tests!

Source code for recursive descent parsers are really easy to read and maintain. Handwriting the parser and node descriptions helps ensure they are ergonomic and easy to work with.

You're probably wondering who would do a thing like this. Me, apparently—but I blame Bob. In fact, if Bob's book Crafting Interpreters hadn't made it so easy to understand how to build a programming language, I might have gotten a lot more sleep.

In case you're wondering what this is all about, here's a list of some helpful books and guides on some programming language topics.

Made with blood, sweat, and tears by Very Unofficial Ventures.

🇮🇪 A generic programming language interpreter, linter, formatter, and all that jazz, written in Dart.

Irishman 🇮🇪 A generic programming language interpreter, linter, formatter, and all that jazz, written in Dart. Installation To install this package

Receipt manager You can find pre-compiled releases on the Github release page or in the FDROID repository. All the needed info about how to use the re

duration_iso_parser Package for parsing ISO 8601 durations string to the Duratio

A Dart EPUB parser built from the ground up, and designed to support a variety of use cases and custom

A Dart EPUB parser built from the ground up, and designed to support a variety of use cases and custom implementations such as on-device caching and serving content from a server.

Token Parser An intuitive Token Parser that includes syntax/grammar definition, tokenization and parsing. Implementation based on Lexical Analysis. Re Eflashcard - Ready to learn a new language? Try this flashcards app that will help you learn the different writing systems of each language 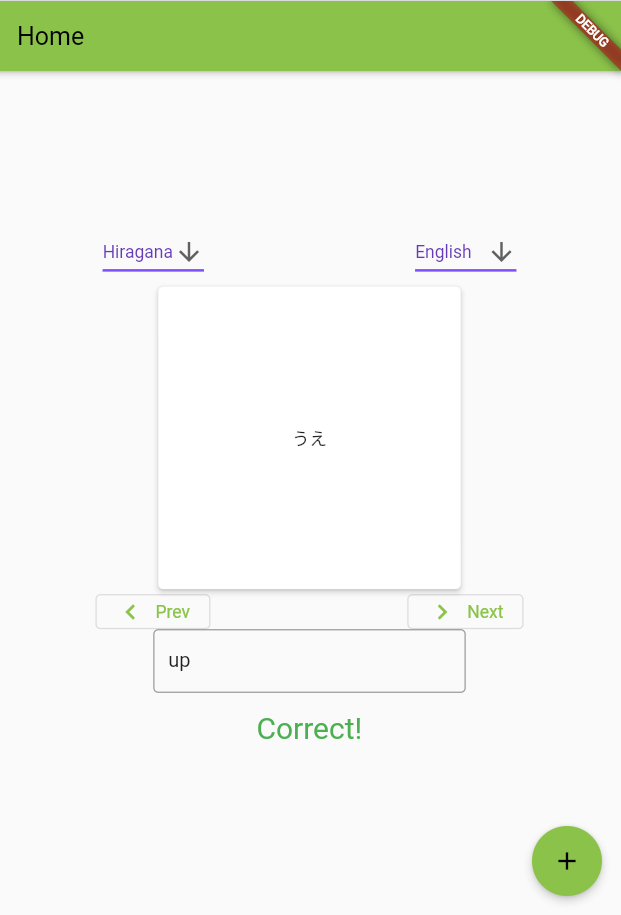 Response Parser makes it easier to parse data and error response from server.

Response Parser makes it easier to parse data and error response from server. Getting started Do you want to write this pretty functions... FutureEit

dart-docker This is the Git repo of the Docker "Official Images" for the Dart programming language. See the Docker Hub page for a full description on

This repository was created to provide the basics of the Dart programming language and Its use cases.

Implementation of data structures and algorithms in Dart programming language.